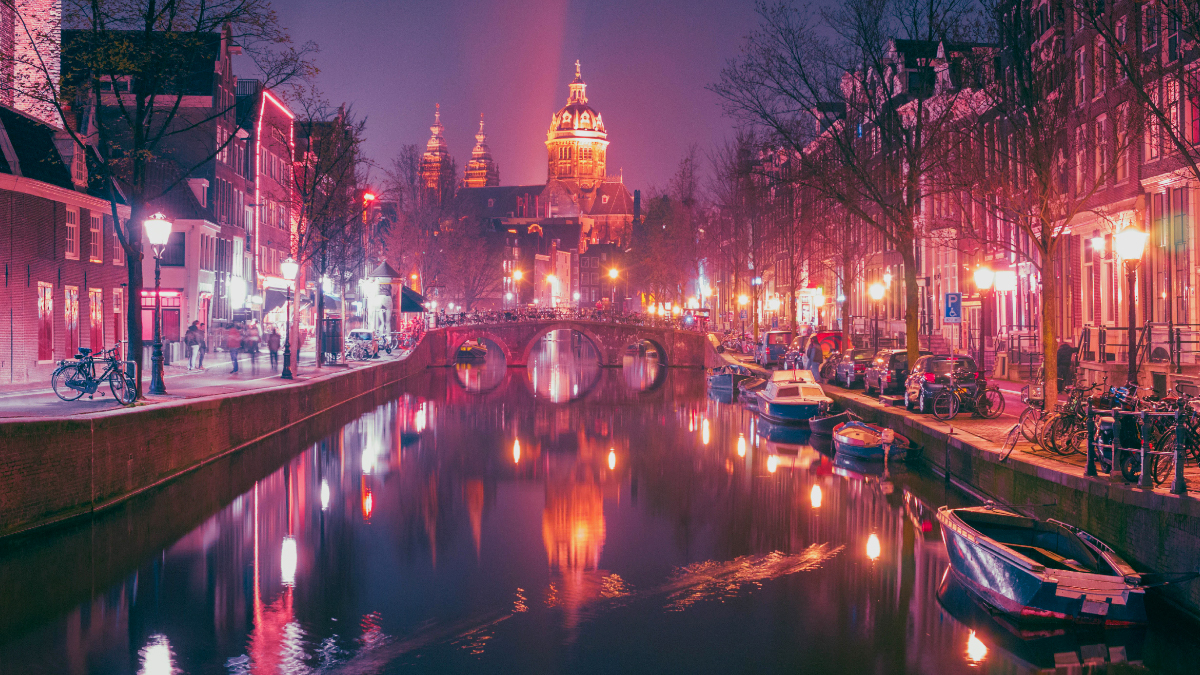 What do media personality Todd Shapiro, comedian Russell Peters, former federal health minister Tony Clement, and cannabis business executive Bruce Linton have in common? Sure, all four are Canadian, but they’re also on the board of Red Light Holland, an Ontario-based corporation focusing on growing and selling microdoses of psychedelic magic truffles in the Netherlands. “I’m a believer in giving (responsible) access to adults what has been given to us, meaning plant- or fungi-based medicine,” says CEO and co-founder Shapiro.

Carving out a Space for Red Light Holland

The Netherlands is one of the few countries in the world (including Jamaica, Peru, Portugal, and Brazil) that don’t have blanket laws in place criminalizing all psychedelic substances. While the majority of psychedelics are banned in the Netherlands, including psilocybin mushrooms, their counterpart psilocybin truffles are not. The two fungi share the same active compounds (psilocybin, psilocin and baeocystin) but differ in the way they are grown. While psilocybin mushrooms sprout above ground, magic truffles are their underground counterparts, clumps formed out of mycelial strands. Third Wave reports that anecdotally, truffles typically produce milder effects than mushrooms, “with less pronounced hallucinations and a more preserved ability to function in terms of motion and sociability.”

Prior to 2008, both magic truffles and magic mushrooms were legal in the Netherlands, with mushrooms greatly outweighing truffles in terms of popularity. But in 2008, the Dutch government criminalized psilocybin mushrooms following the death of a French teenager the previous year, who jumped from a bridge in Amsterdam after consuming the psychedelic. However, it’s important to note that experts consider psilocybin to be among the safest psychoactive substances. A 2017 Global Drug Survey report found psilocybin sends fewer people to the emergency room than cannabis, alcohol, amphetamines, cocaine, methamphetamines, LSD, or MDMA.

Since the ban on psilocybin mushrooms came into effect twelve years ago, the popularity of magic truffles has exploded. Truffles are now widely available in smart shops across the Netherlands, or online from a number of websites. Nurturing this spike in popularity is a wave of scientific research suggesting psilocybin has great potential to help treat a number of mental health issues, including depression, obsessive-compulsive disorder, addiction, and end-of-life psychological distress. At the same time, grassroots decriminalization campaigns have tallied significant wins in both the United States and Canada.

The Roots of Red Light Holland

Red Light Holland co-founder and CEO Shapiro’s path toward the world of psychedelics goes all the way back to his previous career in the news and media industry. As a radio host for about 20 years with both Sirius XM and Toronto’s 102.1 The Edge, Shapiro says a common theme from the people he was speaking with were struggles with anxiety and depression. Shapiro remembers deciding to take a deep dive into the world of mental health, and finding psilocybin repeatedly popping up on his radar.

“What if I try to build a brand around psilocybin while supporting science and medical research?” says Shapiro. “It stemmed from my belief that we can try to make a difference here.” Fast-forward to early 2020 and Shapiro had raised over $4 million. About four months ago, Red Light Holland officially went public.

Shapiro says the team behind Red Light Holland is mainly composed of connections he made from his time working in media: Peters is the company’s chief creative officer, while Linton is chairman of the advisory board and Clement is a senior advisor. “I’ve always gravitated toward candid, genuine individuals who have had some sort of success within their sectors,” says Shapiro.

A Focus on Microdosing

Red Light Holland’s main product is called iMicrodose, a psilocybin truffle microdosing kit available at Dutch smart shops or online for people in the Netherlands. Each kit includes fifteen grams of magic truffles (the kit recommends one gram per dose) and sells for €25 (equal to about $39), but consumers can also choose to buy three, six, or twelve months subscriptions at one kit a month. The truffles are cultivated in inoculated bags, recreating the conditions of underground growth.

Shapiro says the company is aiming for a wide range of potential consumers, including “the Ketel One drinker,” “the young professional,” or “the couple who has two small kids,” embodied in the campaign ‘I Microdose Because.’ “We want to find out from our consumers why it is they microdose because we, quite frankly, can’t tell them,” says Shapiro. “I can tell you why I microdose, I can’t tell you why everyone should microdose, I want to find out from you.” Shapiro calls microdosing a “very responsible introductory way for people to learn about psilocybin.”

Scientific research into microdosing is relatively new but does show promising results. A 2017 study from Rotem Petranker of York University and Thomas Anderson of the University of Toronto was the first of its kind to specifically study microdosing psychedelics. For the study, published in the journal Psychopharmacology in 2018, the team polled just over 900 people from 29 countries using an anonymous online survey about microdosing habits. The groundbreaking research found a relationship between microdosing and lowered dysfunctional attitudes and negative emotionality, as well as increased wisdom, open-mindedness, and creativity.

Petranker and Anderson are working on a major clinical trial into the potential benefits and drawbacks of microdosing. For the study, participants will come in for eight weeks altogether, splitting into two groups, receiving microdoses of either psilocybin or a placebo, then switching halfway through. With this approach, the team also hopes to measure how long it takes for the effects of microdosing to kick in, and then to disappear. “The idea is for this to be the most rigorous, most comprehensive microdosing study to date,” Petranker told Truffle last month, adding that the team hopes to start recruiting participants early next year.

Shapiro says first and foremost, Red Light Holland is focusing on providing education and information to consumers. This motivation is embodied, in part, in an upcoming product from Red Light Holland that stems from a partnership with Radix Motion — virtual reality headsets based inside Dutch smart shops. Shapiro says consumers would be able to put on the headset and learn about both the origins of the truffle and about psilocybin, while also experiencing what a microdose might feel like, “to see if you’re comfortable with that environment,” says Shapiro. “If you’re not comfortable with what you learn or feel, you shouldn’t buy our product.”

Red Light Holland also hopes to launch Scarlet Lillie Science and Innovation down the road, an arm of the company that would supply the medical market with naturally occurring psilocybin, as current research shows clinical trials are skewed toward a synthetic pro-drug compound.

“We want to carefully expand our products, and I also don’t want to make the mistakes that cannabis companies made, which is taking raised money and pretending they knew what their market was going to be before they determined what that market was,” says Shapiro. “Right now, the Netherlands presents us with a great opportunity to really test the market and see how to carefully and intelligently use our money to potentially expand.”