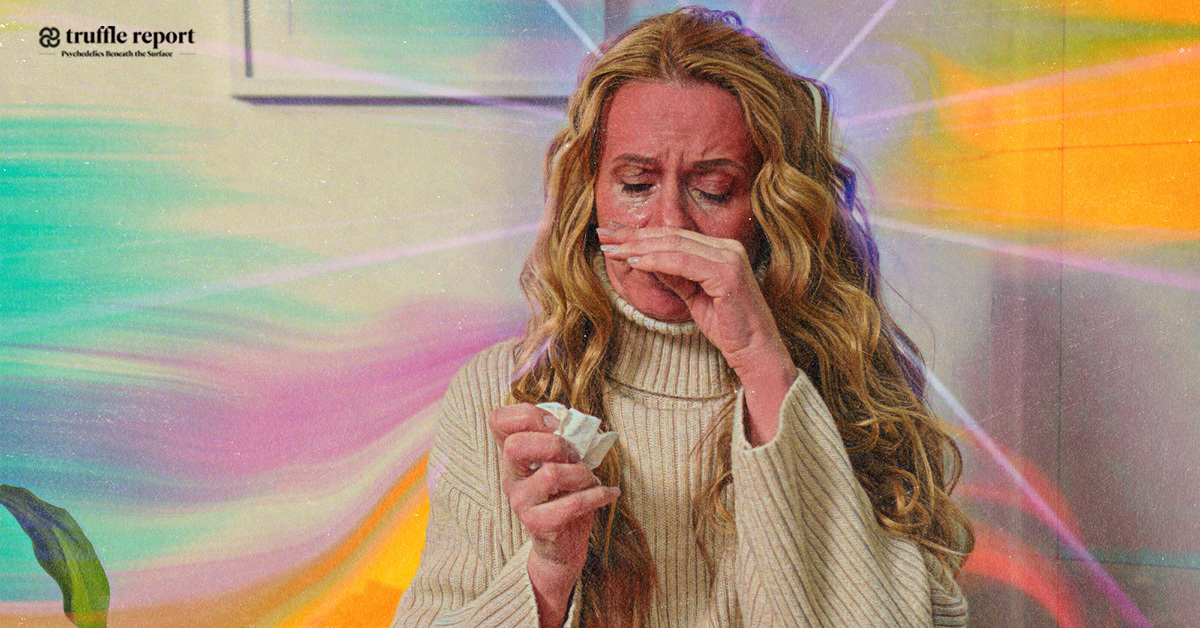 According to the Asthma and Allergy Foundation of America (AAFA), allergies are the 6th leading cause of chronic illness in the United States. Sometimes the standard treatment doesn’t work. With the promise they’re showing in so many other areas of medicine and mental health, Truffle Report looks into whether psychedelics might reduce the impact of allergic reactions.

What is an Allergy?

Allergies are a common condition that occurs when the immune system responds to allergen, which can include certain foods, dust, animals, insect stings or medications. Most of these allergens are seasonal, however, some people experience symptoms year-round. According to the AAFA, more than 50 million Americans suffer from allergies each year.

Allergies tend to be inherited from parents. Sufferers inherit a tendency to be allergic, but not necessarily to react to any specific allergen. The severity of  allergies vary from person to person, ranging from minor to potentially life-threatening reactions. Allergy symptoms can affect airways, nasal passages, skin, and the digestive system.

Andrew Weil is a Harvard-educated lifetime practitioner of alternative therapies and medicine. He is the founder and director of the Andrew Weil Center for Integrative Medicine at the University of Arizona, and an advocate for alternative methods of treating diseases.

According to Weil, his life-long allergy to cats was cured by a dose of LSD. Weil used psychedelics when he was younger. One day he took LSD with some friends. Weil claims he “was in a wonderful state of mind, feeling totally relaxed.” When a cat jumped on his lap, he relaxed and tried to pet him. As a result, he didn’t have any allergic reactions.

“I spent a lot of time with it, and I’ve never had an allergic reaction to a cat since,” stated Weil.

Weil believes that allergies have a significant psychological component, or in some cases are completely psychological. So, the way psychedelic drugs work is by curing the psychological part of the problem, by opening and awakening the mind. According to Weil, a sufferer can change chronic patterns of illness by using psychedelics as they may show that it is possible.

“This January I had my first experience with magic mushrooms, since then I have tried it two more times. Well, guess what, my allergies seem to have suddenly vanished. Since my experience with magic mushrooms, I can pet my cat without any problems, no more running nose or any symptoms. I also got some colds without any sign of allergy coming back, and we are in March with the fields full of flowers and pollen everywhere,” says this Reddit user, sharing his experience after consuming psilocybin.

The Demand is Rising for Psychedelic Training, Therapists

Another Reddit user wrote, “Every spring I had pretty annoying pollen allergies, I had to take anti-allergy pills, my nose was always runny, I sneezed a lot, my eyes were very watery and itchy, so I had a decent pollen allergy. A month and a half ago I had my first 2,5g trip with psilocybe cubensis, and it was fantastic. Now it’s spring time again, and the allergies are- minimum? Sure, I sneeze sometimes and when I’m outside my nose is a bit itchy, but it really is not as bad as it used to be.”

While there is little to no hard evidence whether psychedelics can cure allergies, a study by Charles Nichols, an Associate Professor of Pharmacology and Experimental Therapeutics at the LSU Health New Orleans School of Medicine, has examined the effects of a psychedelic drug, (R)-DOI (with effects similar to LSD), on allergic asthma in a mouse model.

The results showed that the psychedelic drug prevents the development of many main features of allergic asthma, including “muscle hyperproduction, airways inflammation, and pulmonary eosinophil recruitment”, without invoking cardiovascular or behavioural effects.

“Overall, given the recent interest and success using these drugs for psychiatric therapies in the clinic, our research at LSU Health New Orleans is the first to show that they have potential to heal the body as well as the mind,” stated Dr. Nichols.