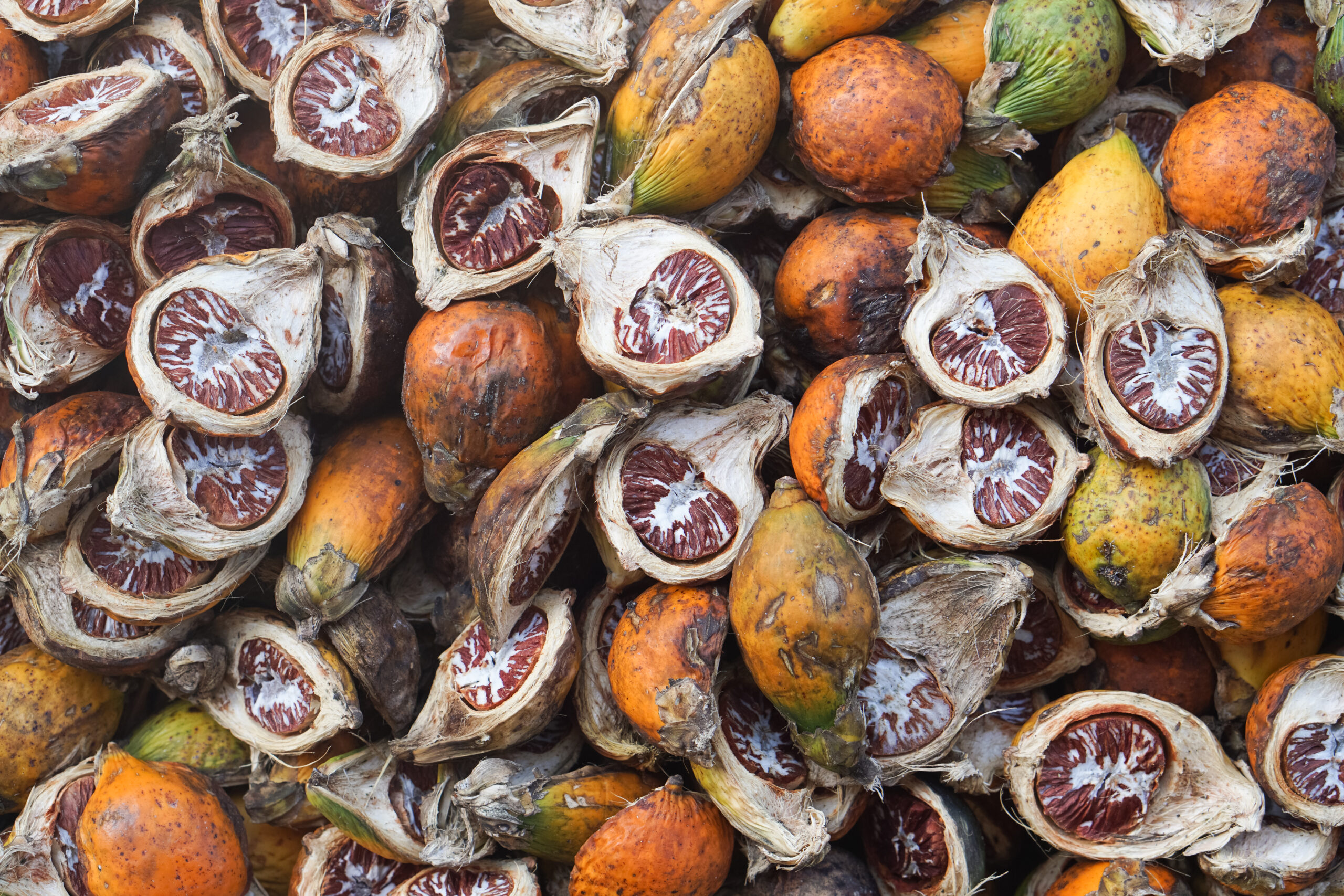 Betel Nut is widely consumed by hundreds and millions of people of all ages in many parts of the world, especially in South Asia, Southeast Asia and some Pacific Islands. This palm tree nut has been in use for centuries as food and medicine, being consumed for social, cultural, and religious purposes. Currently, around 600 million people use some form of betel nut. It is one of the most popular mind-altering stimulants in the world, in fourth place after nicotine, alcohol, and caffeine.

What is Betel Nut?

The betel nut, known as the areca catechu or buai, comes from the areca or betel palm tree. This tree grows in different parts of Asia, such as India, Malaysia, Japan, Sri Lanka, and the Philippines. Mentions of the nut appear in ancient Greek, Sanskrit, and Chinese texts from more than a century BCE. Its use has also been noted by ancient historians in Ceylon and Persia around 600 CE and parts of the Arab world in the 8th and 9th centuries. It is believed that the nut was brought to Europe by Marco Polo around 1300 CE, eventually becoming an important product in the western Pacific, and a source of tax revenue for the Dutch in the mid-1600s.

The chemical makeup of Betel nut include arecoline, arecaidine, guvacoline, and guvacine, all of which are absorbed during chewing. Arecoline, with parasympathomimetic properties, acts on both nicotinic and muscarinic receptors and is believed to be responsible for several effects of nut consumption, such as heightened alertness, euphoria, a sense of well-being and enhanced capability to work.

While used by women and children, these nuts are especially popular among men, who chew them to stay awake through long working hours.

The nut may be used fresh, dried, or cured before use, by baking, boiling, or roasting. The betel nut fruit may also be fermented. The most popular additions to the experience are the betel leaf (known as Piper betel vine), lime, catechu (extract of the Acacia tree) and tobacco. In South Asia, people chew nuts with slaked lime, betel leaf and tobacco leaves. In Taiwan, people chew unripe, green betel slaked lime and betel leaf, but without tobacco leaves. This combination of betel nut seed and additional ingredients in the betel nut chewing mixture is called quid.

This bitter-tasting mixture is chewed, forming a red paste. Chewing leaves a person with a deep red or purple smile, stains gums and lips, and generates a lot of saliva. Betel nut chewers usually spit out the excess juices.

One anecdotal report describes chewing betel nuts as “a dentist’s worst nightmare for a buzz that’s about as good as a cup of coffee.”

Another stated, “I tried some in India, the whole paan package with leaves, lime and all; it’s quite nice, a very mild buzz, calming and maybe a bit stimulating/euphoric. Not much else to say, really, except it’s pretty messy – you will spit a lot and the spit will be red.”

Chewing betel nuts produces immediate effects that are similar to nicotine or caffeine, but are likely to continue for hours. This combination is believed to reduce stress and hunger while heightening awareness. Betel nuts can cause the eyes to tear up, as well as increasing the heart rate, which can in turn result in sweating.

In Southeast Asia, betel nut is widely used in veterinary medicine, mainly to treat parasitic worms in animals. In India, it has been used as an anthelmintic and anti-tapeworm treatment in dogs. In 1842, it was even used in toothpaste in England. It was believed that betel nut could strengthen tooth enamel and remove bad breath.

Although there is no scientific evidence to support claims that betel nut can positively impact any mental and physical health conditions, it is used to treat schizophrenia, eye disorders such as glaucoma, headaches, and digestive problems.

Risks and Side Effects

The most dangerous health risks of betel nut are oral and esophageal cancer. In 2004, the International Agency for Research Cancer (IARC) classified the use of betel nut as carcinogenic to humans. A 2012 World Health Organization report (WHO) stressed out that betel nut use is an urgent public health threat faced by the Western Pacific region.

According to the information on betel nut with tobacco issued by the Centers for Disease Control and Prevention (CDC), health risks include:

Chewing betel nuts is highly addictive, and a withdrawal from the use can cause psychiatric symptoms. According to the 51-year-old male case report, after stopping using betel nut he “suffered from anxiety, dysphoric mood and insomnia.”

The subject had maintained a nut habit for over ten years and chewed nearly 600 pieces of betel quid every day to maintain his alertness during work. The symptoms of withdrawal were more severe for the first 3-4 days and included nausea, diarrhea, and a runny nose.

Betel nuts can interact with other drugs and can cause toxic reactions in the body or reduce the effects of medications.

The U.S. Food and Drug Administration (FDA) does not consider betel nut safe for consumption, and has listed it in the Poisonous Plants Database.