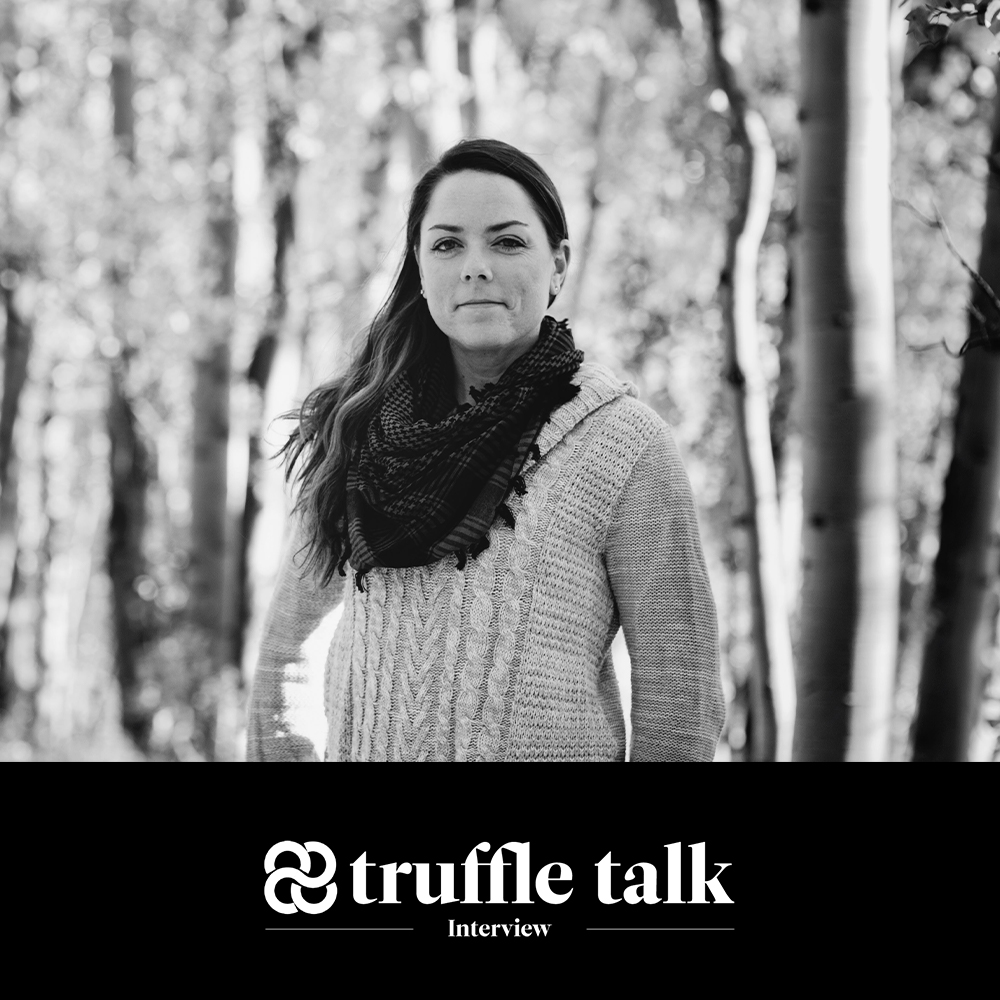 While actively working on healing her own traumas, Dr. Pate sees a lot of parallels to her struggle in patients coming from the military. According to her, people often “resort to the standard tools that they have, things like alcohol, to just numb or distract themselves from what it is that they’re going through.” Being from a military family herself, Dr. Pate tells Truffle Report she had “a unique opportunity” to take the medical research she was doing and apply it in more of the military active-duty space.

“My brother was a medic in the Special Operations Community. I was excited to apply my research efforts to creating medical devices that would help people like my brother do their job better and save more lives on the battlefield. That was what initially got me working in the military space,” Dr. Pate said.

“Over the years of doing that kind of work, I started to connect with a lot of active-duty service members and veterans. It became painfully apparent that veterans didn’t just miraculously recover from their experiences and exposures during service once they were out. It seemed like regardless of whether the guys and gals coming out had great experiences or more challenging experiences, they were dealing with a lot of intense mental health and physical health problems. It was strange to see all of that and realize that there wasn’t a lot being done to help service members,” she said.

Dr. Pate said it seemed that medical personnel didn’t fully understand what was going on. Military medical personnel often diagnosed veterans with depression or PTSD, prescribing medication and psychotherapist’s visits without any success.

“They’d say here are some pills, and here’s some therapy, and veterans were getting a lot worse, the suicide rates are still out of control. I started to ask what we could do about this. I pivoted away from being interested in emergency medicine on the battlefield and really became more interested in mental health. How do we help the service members who have sacrificed so much and who are coming back with these intense physical health problems and mental problems? How do we figure out better ways to help them heal and not just treat symptoms?” she said.

Dr. Pate first heard about ayahuasca from a friend who went on a retreat in Costa Rica to participate in a ceremony.

“I opened this door to just genuine, deep curiosity around psychedelics in general, and how they have such an incredible potential to heal in so many ways. This wasn’t something I had ever really considered before, or thought of as a tool,” Dr. Pate explained.

“I became fascinated for a number of reasons. One, the scientist in me was just intrigued. If this person that I’m close with has had this kind of life-changing experience from that, how many other people could benefit from this in the veteran community? Two, how about the rest of humanity who are suffering right now? The potential seemed great. Then, for my own healing, it was this curiosity: Is this something that could help me on my own journey to heal? It was all of those three things coming together at once,” she continued.

When Dr. Pate joined the Heroic Hearts Project, she had an opportunity to go on a retreat to better understand what it entailed.

“I jumped at the opportunity. It was an incredible experience, and it’s hard to even put it into words. I did write about it, but it never does it justice when you have such a life-changing experience. I received a lot of healing out of that trip, and to experience it with some of my close friends and see how they were healing and coming back from the brink really solidified it for me. It isn’t just stuff I’m reading about, now I’ve felt it, and I’ve witnessed it, and I can’t not continue to push this forward to help other people,” Dr. Pate said.

“There’s this stigma around psychedelics and just the way that they were used and potentially abused in the past. Veterans and many others still buy into the stereotype that people using psychedelic medicines are just hippie stoners, and that’s the last thing they want to be associated with. We’re trying to help them understand that the traditional stereotype is not what this is about. Psychedelics are powerful healing medicines. Part of the way that we’re trying to do that is storytelling. But the other piece is research. Research is key. For all of the people out there, who rely on the numbers and the data, and who are skeptical, we are trying positively to contribute to that,” she said.

“Inflammation is at the heart of many diseases, and mental illness is no different. When you look at various types of mental health issues, I’d be willing to be that inflammation —neuroinflammation in particular— is playing a significant role in pathogenesis. Research tells us that inflammation occurring in the brain is essentially being communicated to the gut via the vagus nerve, and then the gut adopts an inflammatory profile. Chronic systemic inflammation can predispose a person to further mental illness. For example, people with chronic inflammation, and potentially neuroendocrine dysfunction as a result of traumatic brain injury, can be more likely to develop PTSD after experiencing a traumatic event,” Dr. Pate explained.

“There are some studies showing that there may be an anti-inflammatory role for psychedelic medicines, specifically the serotonergic ones. This holds great implications, because if this is true, and psychedelics have a potentially powerful anti-inflammatory effect in the brain, that could be extremely beneficial for getting that inflammation under control following a head injury, or following the development of something like PTSD, or depression or anxiety, that has inflammation at its core,” she continued.

“What we’re trying to understand with ayahuasca is whether the brew’s passing through the gut is affecting the composition of the gut bacteria in a healthy way. We hypothesize that plant medicines, and ayahuasca in particular, are influencing the composition of the gut microbiome in a way that’s promoting more of an anti-inflammatory state. Over time, we expect this could contribute to gut repair and reduce inflammation systemically, but also in the brain,” she said.

The Sense of Brotherhood During the Ceremony

Responding to my question about why the research is focused on ayahuasca rather than MDMA or other psychedelic drugs, Dr. Pate said that the ayahuasca ceremony brings back a “sense of brotherhood” to members of the military community.

“There is a sense of connection and family that people feel when they’re in the military, something almost tribal. When they get out, it’s gone. With ayahuasca, because of the way that the ceremonies are held with small, intimate groups, the sense of brotherhood and that tribal nature can be recreated. Ayahuasca can be very beautiful and loving, and a person can feel very held and supported. But a lot of times it can be very hard and very difficult, with very intense experiences. Veterans are used to making their way through difficult things and rising to meet every challenge, and they see ayahuasca as something that isn’t going to be an easy button, it’s going to be very hard work. For that reason, it appeals to many from this group and many within special operations in particular. Participating in an ayahuasca ceremony with a close group and going through something intense together can be very bond-forming and healing in multiple ways for this community. Ayahuasca lends itself to appeal to these parts of the veteran community that are so central and so resonant,” Dr. Pate explained.