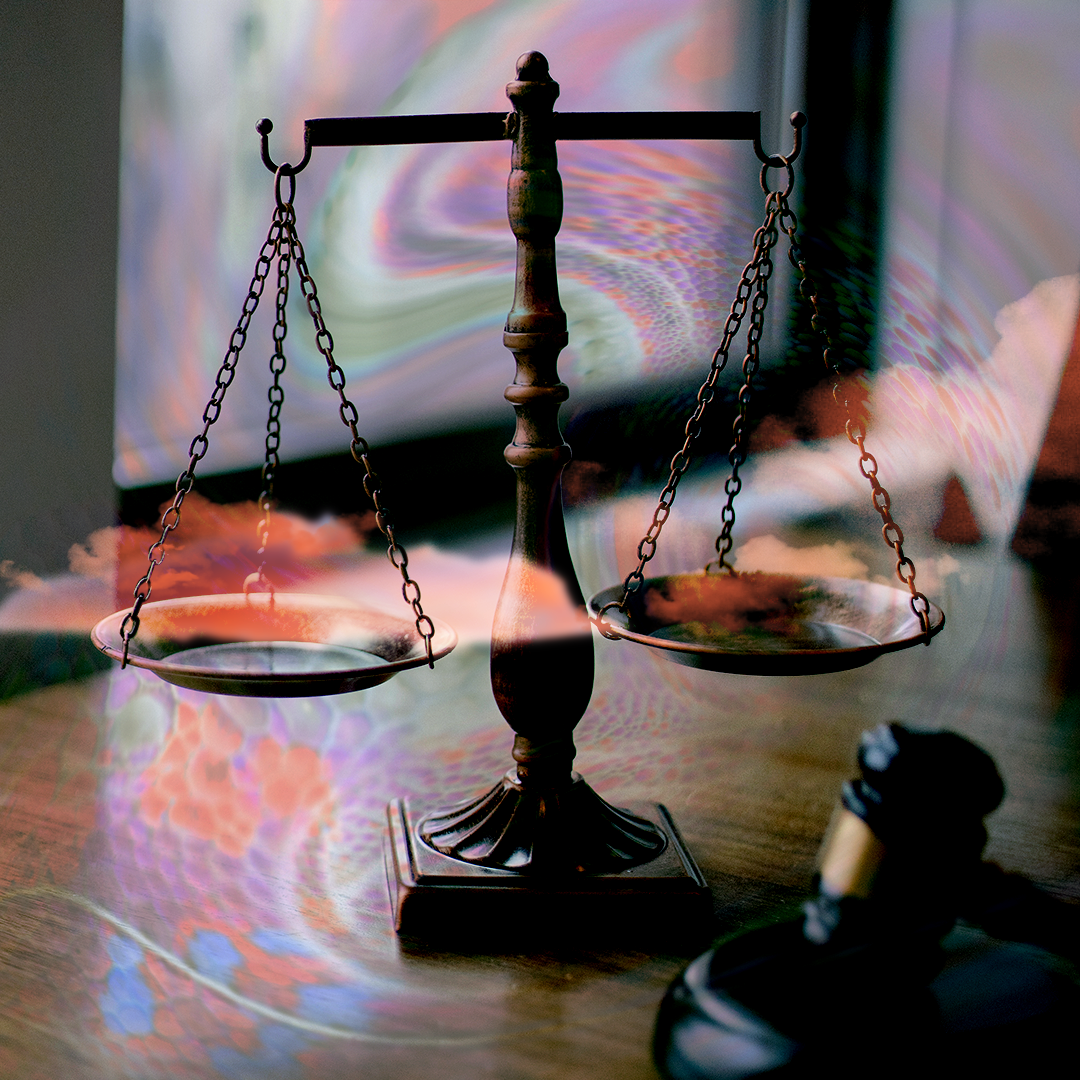 The case against the Drug Enforcement Administration for denying legal access to psilocybin for palliative care has received strong support from a bipartisan group of attorneys general representing eight U.S. states and the District of Columbia.

The group of attorneys general argued in the U.S. Court of Appeals for the Ninth Circuit that the DEA “overstepped the limits of its authority” by not recognizing the RTT law and its status under the U.S. Controlled Substances Act.

“The DEA’s interpretation raises at least a serious doubt. It intrudes on intimate medical decisions of traditional state concern, without any substantial connection to interstate commerce. To effectuate congressional intent, this Court should recognize that the CSA does not preclude [the] use of any eligible investigational drug pursuant to the RTT Act, which also provides immunity for such use,” the attorneys general of the States of Washington, Arizona, Delaware, Illinois, Michigan, Minnesota, Ohio, and Oregon, along with the District of Columbia, stated in their amicus briefs.

Signatories Kathleen Jennings of Delaware, Ellen Rosenblum of Oregon, Dana Nessel of Michigan, Mark Brnovich of Arizona, Washington State Attorney General Bob Ferguson and Karl Racine (D) of Washington D.C., Kwame Raoul of Illinois, David Yost of Ohio, and Keith Ellison (DFL) of Minnesota, further stated that the “DEA’s refusal to recognize accommodation for state RTT laws in the face of the clear intent of Congress poses a threat to state sovereignty. This threat is especially acute because it comes from a federal executive agency rather than Congress itself.”

“If accepted, the DEA’s interpretation would ratify federal involvement in some of the most wrenching decisions a person can make, based on the most ‘attenuated’ relationship to any conceivable federal interest,” the brief says.

National associations including the Cato Institute, the Goldwater Institute, and the American Civil Liberties Association (ACLU) of Washington are also chiming in on the case.

The ACLU in its brief says, “Underlying the issues presented by this appeal is the fact that doctor and patient access to psilocybin for legitimate treatment purposes is fundamentally a medical issue — not a criminal justice issue — and neither the CSA nor the DEA should foreclose a patient’s access to a legitimate treatment regime recognized by both the Federal and Washington state RTT Acts.”

“The DEA’s position to deny access to psilocybin for therapeutic use by patients with serious illness not only violates the federal and state Right to Try laws, but is yet another example of the War on Drugs and criminalization being viewed as more important than anything else,” says Mark Cooke, Policy Director, Washington Campaign for Smart Justice, ACLU of Washington.

He adds, “The War on Drugs has been a failure, disproportionately impacting people of color. Patients and their health care providers should be in charge of making decisions about the therapeutic use of drugs under Right to Try laws, not law enforcement agencies like the DEA.”

“We filed our amicus brief in support of the petitioner and we think that the DEA erred in denying the request for the palliative use of psilocybin, and we think it’s clear that under both federal and Washington State Right-to-Try laws, psilocybin should be allowed to be used as palliative care for end-of-life cancer patients,” says Bradley Graveline, Senior Intellectual Property and Litigation Partner at Sheppard Mullin’s, who represented the assorted law professors and bioethicists.

The opening brief for the case was filed in the Ninth Circuit Court of Appeals on May 15, challenging the DEA’s decision to deny psilocybin use for palliative care. Arguments are expected to be heard in September.

“I think it’s a very significant case,” Graveline says. “I think that if the case is a success, it could open the door to the palliative use of psilocybin and help many terminally-ill cancer patients with the depression and anxiety that frequently accompanies end-of-life situations.”

The therapeutic use of psychedelic substances has been receiving support and acknowledgment from various lawmakers, including those running federal institutes. Francis Collins, director of the U.S. National Institute of Health (NIH) acknowledged the ongoing research and potential benefits for mental wellbeing on Wednesday.

“There has been a resurgence of interest in psychedelic drugs, which for a while were sort of considered not an area that researchers legitimately ought to go after. I think as we’ve learned more about how the brain works, we’ve begun to realize that these are potential tools for research purposes and might be clinically beneficial,” Collins says.

Recently, another U.S. drug research institute director also penned an opinion siding with drug decriminalization. Nora D. Volkow, the director of the National Institute on Drug Abuse (NIDA), authored an op-ed entitled ‘Addiction Should Be Treated, Not Penalized’ for Health Affairs, criticizing the disproportionate effects of the War on Drugs, particularly the over-incarceration and criminalization of drug users.

Origins of the Psilocybin Petition

Dr. Sunil Aggarwal filed a petition in November 2020, requesting the DEA allow him to access psilocybe mushrooms in order to produce psilocybin for treating his palliative patients under the existing RTT law. “With psilocybin, there’s a higher chance of transformation in terminal patients. The therapeutic potential is very high so it will make palliative care much easier and more likely to work,” he told Truffle in an earlier interview.

However, after months of silence from the federal agency, Dr. Aggarwal’s lead attorney Kathryn Tucker, Special Counsel with Emerge Law Group, wrote to the DEA. Their request had been denied.

“The DEA simply said they’re not going to [grant] access for therapeutic use, which conflicts with the state and federal RTT laws,” Tucker said in an earlier interview. Referring to the federal agency’s order, she added, “if you want to obtain it, you must become a researcher. A researcher is very different from a clinician who is providing therapeutic services.”

After receiving the response, a petition was filed against the DEA in March. “Even if a qualified treating physician wishes to exercise the Right to Try and administer the eligible investigational drug of psilocybin to a qualified terminally-ill patient, they cannot do so pursuant to the Final Agency Decision.” Dr. Aggarwal has been practicing as a palliative care physician for over a decade.

Dr. Aggarwal’s patients Erinn Baldeschwiler and Michal Bloom both suffer from advanced cancer and “do not have the luxury of waiting”, according to the suit, until an investigational drug receives final approval from the U.S. Food and Drug Administration (FDA). The patients, however, cannot access psilocybin, the investigational drug “for which they otherwise qualify because of the DEA’s Final Agency Decision.”

The federal agency has been dragged to court a number of times for its decisions on the criminalization of restricted substances, and its delays in approving requests by cannabis manufacturers. The DEA came up with a set of revised rules in March 2020, in an attempt to address the concerns of marijuana growers.

“[This petition] also implicates the scope of DEA authority and it cannot exceed that scope,”  Tucker says. “The DEA, generally speaking, is an agency that is empowered to prevent diversion of drugs into the black market or for unauthorized purposes. That should be the limit of its authority. It should not have the power to nullify a valid federal and valid state law about access to investigational drugs for dying patients,” she adds.