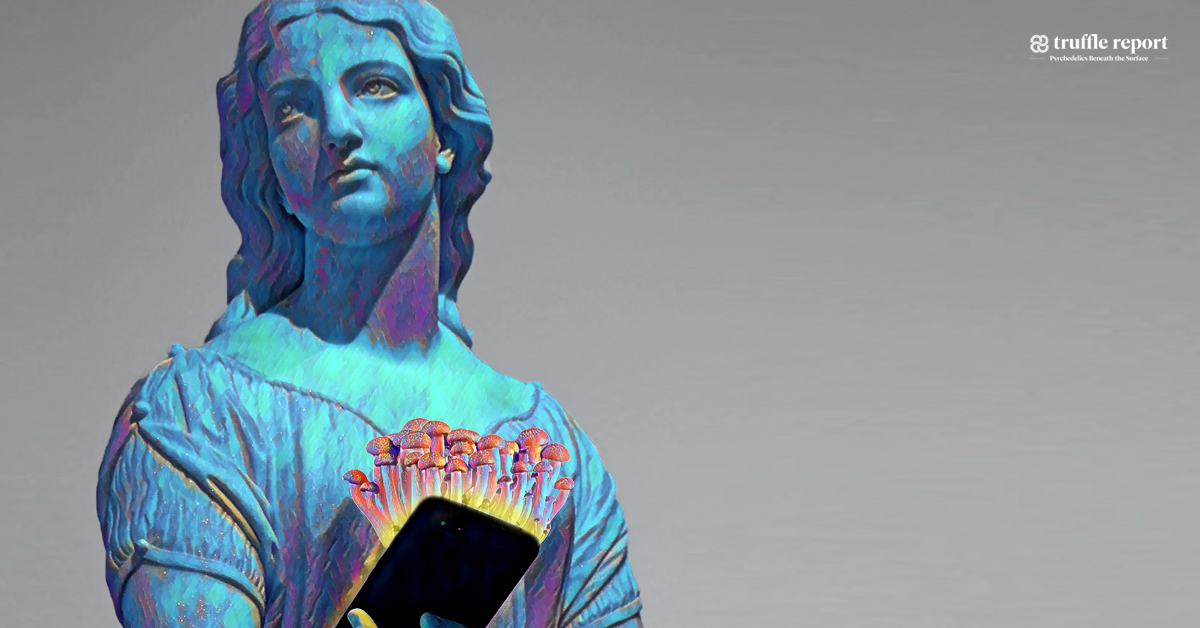 In the second part of our series, we ask drug dealers how they’re escaping social media surveillance and shipping their products

Drug dealers on social media often create a new account every week, populating each new feed with at least 20 pictures of their cultivated psilocybin, LSD tabs, pill bottles, or other products, and delete it quickly to stay protected. Posts attract buyers, or at least act as bona-fides for those, like me, who were solicited through DMs.

While almost all sellers are consistent about cryptocurrency, each had a different shipping procedure. Most sellers in my chats claimed to be from U.S. states such like California, Texas, or Oregon and were not worried about cross-border sales.

One said, “It’s very safe and it will never be caught as it [is] seal[ed] in a vacuum seal package with special liquid… no detector can detect it.” This dealer, like most others, was relying on shipping services like UPS or FedEx.

While the digital age gives drug dealers the power of anonymity, they’ve also learned online customer service skills that would raise the eyebrows of their street-corner predecessors. They know how to make a buyer happy and “strive for a long-term business relationship” to “make sure all [their] clients are comfortable and satisfied with the win-win outcome,” a seller played up in his bid.

Taking this further, another seller from Sacramento, California, explained in detail what a package of ‘QP of B+ drug’ would look like.

Fake buyer (me): How will you send it?

Seller: All orders are sent in manilla bubble mailers that are 9” by 6”. They are discrete and show no indications of content on the outside. All envelopes are indicated as “FRAGILE” with a red stamp.

Fake buyer: What if somebody finds out at the border?

Seller: We take full responsibility for any failure in delivery and you get a full refund.

One claimed to send psilocybin mushrooms wrapped as an iPhone accessory while another alleged that he had paid a seven-figure lump sum to both the U.S. and Canadian coast guard services to ensure safe delivery. Some dealers also allege to have hired their own private couriers for Canada-U.S. border crossings, and at least three of them boasted about their international trade to Europe and Asia and “bulletproof” shipping techniques.

The business is also an ever-expanding venture, allegedly turning some individual dealers into small businesses in their own right. A seller who exchanged numbers for a WhatsApp encrypted chat shared, “[We are] a team of 3 but am the main one I control everything you put an order through me and I have a cashier and a delivery boy can’t do all the work by myself.”

Trafficking on Social Media: Where Do We Stand?

A 2013 study was potentially the first of its to warn about the growing use of social media for the illicit drug trade. “This ease of creating a potential pharmaceutical criminal presence on globally accessible social media is highly alarming given its increasing utilization by online users and current lack of effective regulation,” the study claimed.

The validation and glorification of substances on these platforms have encouraged more drug sellers to switch from the dark web, while attracting a larger and younger customer base. Instagram and Snapchat, in particular, are popular apps among teenagers, and sales via these platforms have resulted in multiple teenage overdose deaths.

The European Web Survey on Drugs collected information about patterns of use and purchases of the most commonly consumed illicit drugs from 40,000 users, recruited primarily through social media, a 2019 report says.

The International Narcotics Control Board also raised the issue as far back as 2011. The board noted, “illegal Internet pharmacies have started to use social media to get customers for their websites, which can put large, and especially young, audiences at risk of dangerous products.” In July 2020, the INCB organized an expert meeting to discuss substance trafficking through social media.

The most effective way to deal with an issue would be to promote harm reduction over illicit drug use on social media platforms while regulating drug markets that will eventually cancel the grey space. In the meantime, ‘social media sites should partner with public health agencies and law enforcement by providing Internet surveillance data on suspect online drug sellers and patient safety events,’ one report suggests.