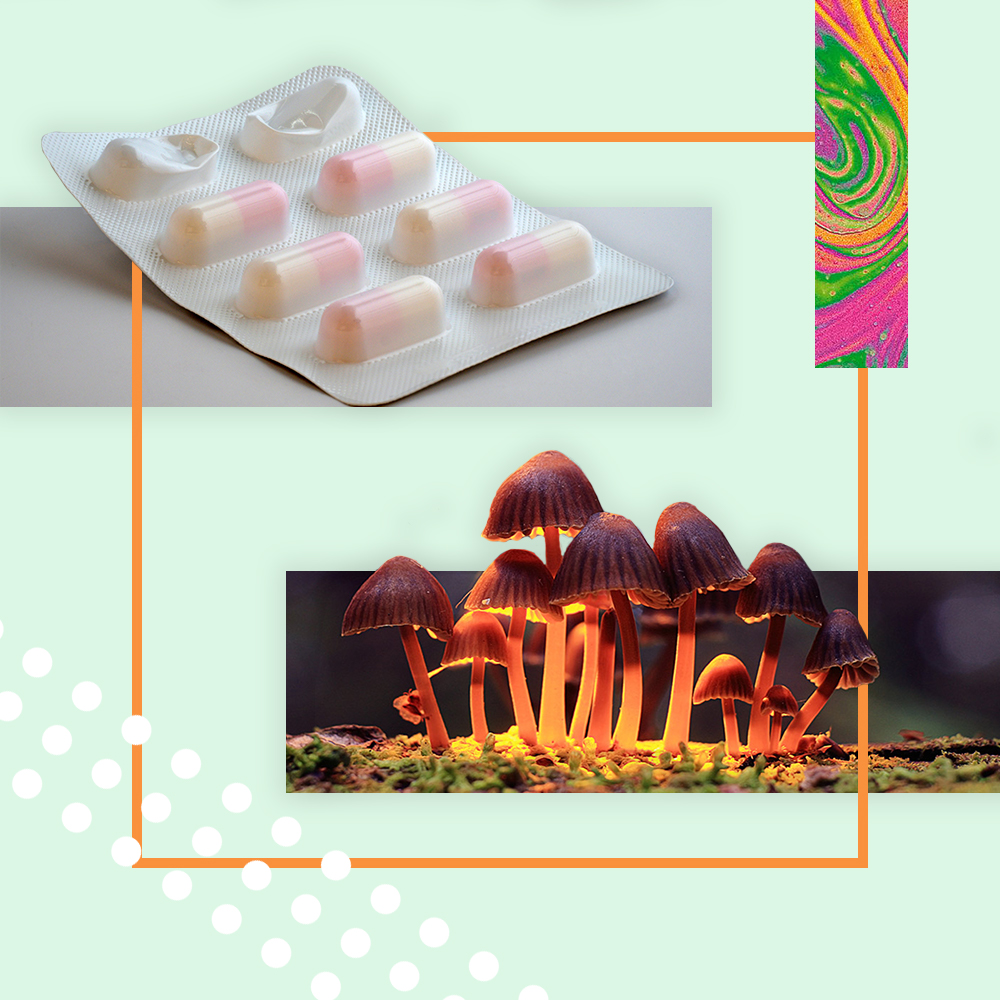 Amphetamines and Psychedelics: Points of Comparison

Long before psychedelic drugs entered their current cultural and medical renaissance, there were amphetamines. From boosting performance and creativity to improving mental health, amphetamines were touted as being able to do it all. Is this sounding familiar? We thought so too. Truffle Report asks, what happened to the most popular American drug?

Amphetamines are an umbrella term used to describe a group of synthetic psychoactive chemicals that speed up the central nervous system. They can increase alertness, concentration, and confidence while bringing on increased energy and decreasing appetite, which can lead to weight loss and enhanced productivity. Amphetamines are stimulants, a class of drug which also also includes nicotine, cocaine, and caffeine.

In 1885, the Japanese chemist and pharmacologist Nagai Nagayoshi isolated ephedrine for the first time. Amphetamine was first synthesized from ephedrine by Lazar Edeleanu, a Romanian chemist at the University of Berlin in 1887. Edeleanu noted its stimulant effect, but didn’t experiment with it practically. In 1910 chemist George Barger and physiologist Sir Henry Dale first started to look at amphetamine as a treatment option. In 1927, chemist Gordon Alles re-synthesized the drug to use in a medical setting to treat asthma, testing the drug on guinea pigs as well as himself —standard practice for many chemists at the time.

The tests were successful, and he had a “feeling of well-being.” Alles later continued testing amphetamines with asthma patients, and recorded that sufferers experienced relief from asthma. However, he also noted headache and nausea as side effects. In 1932, Smith, Kline & French Laboratories registered the trade name “Benzedrine” for racemic a-methylphenethylamine. The company introduced Benzedrine onto the market in 1935 as a treatment for mild depression, narcolepsy, Parkinson’s disease, and to enhance alertness. Amphetamines became particularly popular during World War II in Germany, Japan, England, and the United States. Soldiers used amphetamines to overcome fatigue and pain, and to improve morale.

Public opinion began shifting against amphetamine use in the 1960s. At least 9.7 million Americans used prescription amphetamines, and another 3.2 million were addicted by 1970. With the implementation of the Controlled Substances Act, amphetamines became a Schedule III drug. In 1971, they were reclassified as a Schedule II drug, as a “drug with a high potential for abuse, with use potentially leading to severe psychological or physical dependence.”

How Amphetamines Affect the Brain and Body

Psychedelics are (obviously) psychoactive, whereas amphetamines are primarily stimulant drugs. They work by increasing the amounts of hormones in the brain. Increased levels of dopamine (mood chemical) and norepinephrine improve concentration and decrease fatigue. When amphetamines are synthesized, two molecules are formed: d-amphetamine and l-amphetamine or levoamphetamine. Amphetamines are not metabolized immediately and typically remain active in the body for four to six hours.

The effects of amphetamine include:

Classic psychedelics act on the brain’s serotonin 5-hydroxytryptamine (5-HT) 2A receptors. These receptors are believed to be the primary target for the psychedelics and psychedelic effects. 5-HT2A receptors, which are normally triggered by serotonin, are activated by hallucinogenic substances. The effects differ from drug to drug, but generally last from four to 12 hours.

In 2019, scientists from the University of Basel in Switzerland conducted a study to determine what psychological changes three different popular substances can induce in humans. These included a classic psychedelic (LSD), a popular empathogen (MDMA), and amphetamine.

Lysergic acid diethylamide (LSD) is a classic hallucinogen that acts on serotonin and induces altered sensory perception. MDMA is a part of both worlds, landing somewhere between a hallucinogen and a stimulant, and is believed to activate serotonin, dopamine, and norepinephrine. D-amphetamine activates dopamine and norepinephrine, with minimal to no serotonin involvement.

This randomized, double-blinded study compared the difference in acute responses to acute subjective, autonomic, and endocrine effects of LSD, MDMA, d-amphetamine, and a placebo agent in 28 patients, 14 males and 14 females. The washout period between sessions was at least 10 days. The average age of participants was 28, with a range from 25 to 45. People younger than 25 years old were excluded from participating in the study, as were those over 50 years of age, pregnant women, and anyone with a history of psychiatric disorders.

The study included a screening visit, a psychiatrist interview, four 12-hour experimental sessions, and an end-of-study visit. Sessions were conducted in a quiet, standard hospital room, and the drugs were provided at 9:00 a.m.

The results of this study were assessed using the 5 Dimensions of Altered States of Consciousness (5D-ASC) scale and Mystical Experience Questionnaire (MEQ).

According to the study, LSD produces an “overall greater response” than both MDMA and D-amphetamine. It was also the only drug that induced alteration of consciousness on all assessments. MDMA only moderately increased a “blissful state,” “positive mood,” and “ineffability.”

D-amphetamine slightly increased “positive mood.” Overall, LSD produced greater subjective effects of all types compared to MDMA and D-amphetamine. However, only LSD resulted in a “bad trip” and/or “anxiety.”

When MDMA was compared with LSD, it resulted in minimal alterations of consciousness. MDMA was rated as a better drug effect and had a greater rating of “positive mood” than D-amphetamine. It also had a higher result in concentration and “speed thinking” compared with D-amphetamine.

“This study found that LSD induced different and more pronounced alterations of waking consciousness compared with MDMA and d-amphetamine in the same subjects. MDMA also showed partly distinct effects compared with d-amphetamine. The acute-effect profiles of LSD and MDMA will be useful to assist the dose selection for substance-assisted psychotherapy research and to inform patients and researchers on what to expect in terms of positive and negative acute responses to these substances,” the researchers concluded.