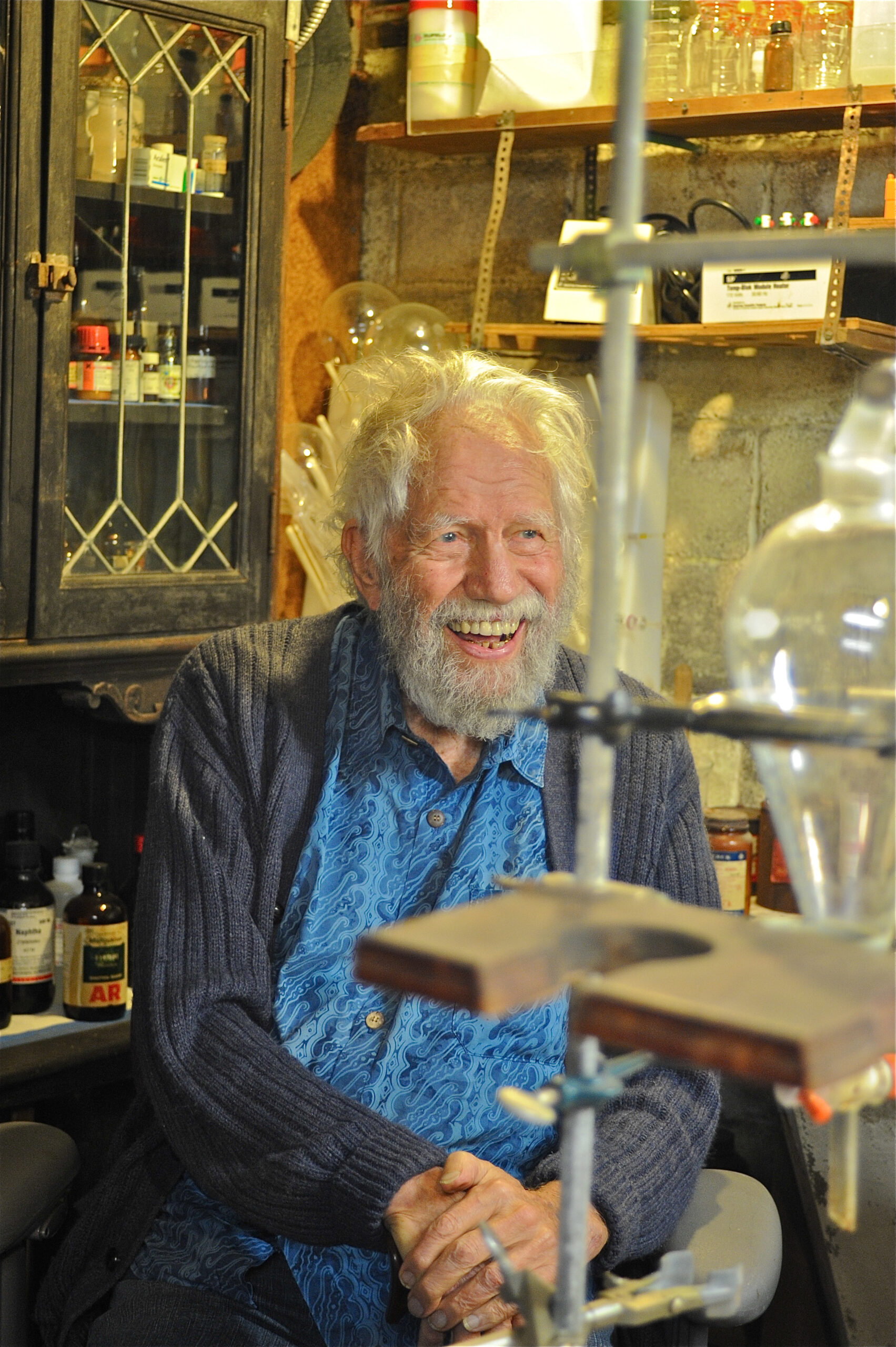 Known to some as “the godfather of ecstasy”, Alexander Shulgin was a legendary figure in the worlds of biochemistry, pharmacology, and psychedelics. Shulgin spent a large portion of his life dedicated to synthesizing and understanding psychedelic compounds, and disseminating his findings to eager readers before he passed away in June of 2014. A lot of the advances that have been made in therapeutic work with psychedelics are owed to Shulgin’s meticulous research.

The Many Accomplishments of Sasha Shulgin

There are likely too many to list, but these are some of the highlights of Shulgin’s work in biochemistry and psychedelics:

Born June 17, 1925 in Berkeley, California, Shulgin had begun to show an interest in chemicals by the age of 7. He would go on to study organic chemistry at Harvard, but experienced difficulties there due to his socioeconomic standing. These issues prompted Shulgin to leave Harvard and join the navy, where he worked on a ship during WWII. During this period, he would challenge himself to memorize a chemical encyclopedia and become fascinated with the experience of receiving morphine to deal with an infection. After being honourably discharged in 1946, he completed his PhD in biochemistry at UC Berkeley.

His study of psychedelics began during the 1960s, while working at Dow. Shortly before this, he had tried mescaline and formed an interest in the effects of chemicals on the brain. Zectran had been so profitable for Dow, Shulgin was given freedom to carry out any research he chose. Ultimately, Dow grew concerned with the increase in negative press that psychedelics were receiving, prompting Shulgin to move on and carry his work forward independently.

Later Research and Break with the DEA

As he continued to fund his own research by delivering lectures at schools and hospitals, Shulgin also received a rare license to work with and synthesize scheduled substances. He initially had a good relationship with the Drug Enforcement Administration, acting as a consultant and witness on cases involving psychedelics. He and Ann were even married by a friend in the DEA —but while their marriage would prove to be a lifelong union, Shulgin’s relationship with the DEA would only prove to be a temporary dalliance.

By 1994, the DEA had found copies of PiKHAL while raiding illicit drug sites. After this, they conducted a raid on Shulgin’s lab, located in his home, and apparently found street samples of drugs that had been sent to him anonymously for analysis. They fined him $25,000 and he gave up his license to freely work with controlled substances. This did not bring his work to a halt, however, and he continued to work within the law by working with substances that had not yet been categorized or restricted. This is likely the reason he turned his attention towards local cactus varieties with psychedelic properties.

In the late 2000s, Shulgin began to experience problems with his health. In 2008, he would need surgery to replace a defective aortic valve. After experiencing two strokes and then being diagnosed with terminal liver cancer, he passed away in June 2014 shortly before his 89th birthday.

Shulgin maintained a passion for the potential of psychedelics in exploring the mind. He felt that this was an opportunity that should be made available to everyone —and that laws should be changed to ensure a responsible use for psychedelics rather than prohibiting them outright. He maintained a strong sense of scientific rationalism and acknowledged that psychedelics could be misused. While he was an early proponent for MDMA and other psychedelics, he was also concerned that their recreational use would eclipse the potential they had for being used therapeutically.

In spite of this, Shulgin frequently referred to his compounds in intimate terms, referring to his molecular diagrams as “dirty pictures” and stating that “chemistry is pornography in disguise”. A large portion of PiKHAL is devoted to retelling the romance between fictionalized versions of Shulgin and his wife, while also providing information on the psychedelics they experimented with.

For Shulgin, it seemed, science and romance mingled in a way that most of us may have never expected.