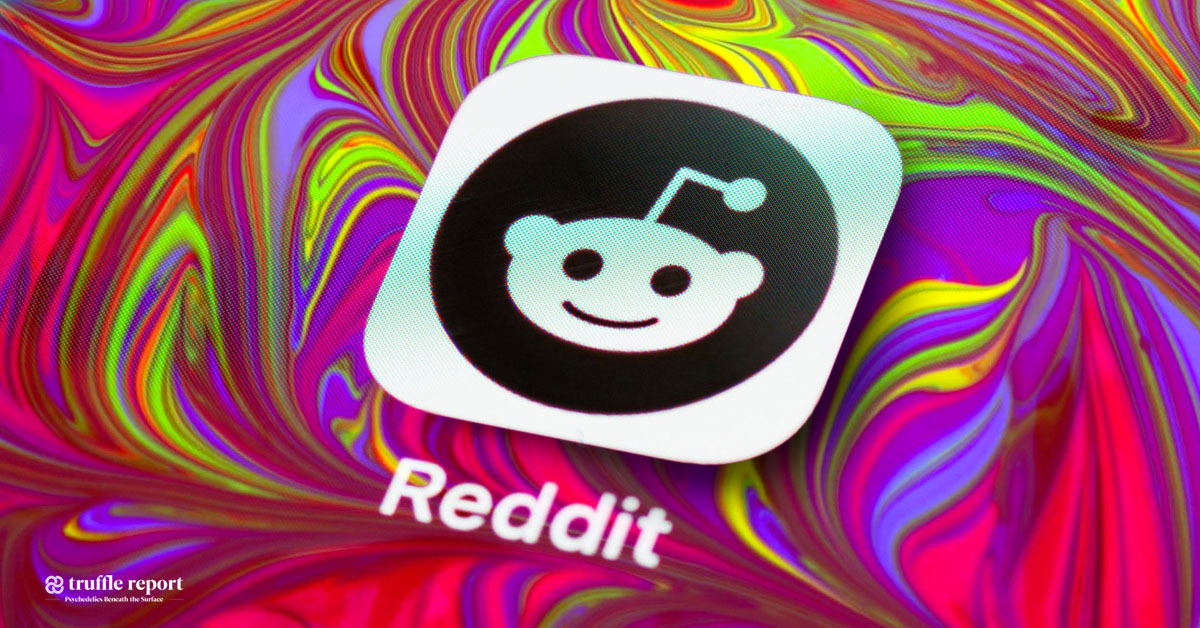 A Trip Through Reddit’s Psychedelic Communities

In the Age of COVID-19 and Physical Distancing, Psychedelic-Oriented Online Communities Have Never Been More Important

The COVID-19 pandemic has fundamentally changed the way we interact with one another, perhaps permanently, and psychedelic communities have not gone untouched.

Physical distancing and social bubble guidelines implemented by public health authorities to help combat the pandemic can make connecting with our communities significantly more challenging. At the same time, the COVID-19 pandemic has led to increases in mental health issues and disruptions in mental health services, underlining the need for community connections now more than ever.

For those who use psychedelics (and many others), Reddit could be the key. The hugely popular social networking site is home to dozens of different subreddits (Reddit terminology for individual boards or communities) that revolve around the world of psychedelics, where users from across the globe can anonymously discuss everything from microdosing to emerging research frontiers, while sharing trip reports and best practices at the same time.

Study Looks Into Motivations and Behaviours on r/Psychonaut Subreddit

The work of Jani Pestana, an independent researcher based in Belgium with a background in anthropology and comparative drug studies, sheds light on the ways Reddit’s psychedelic communities expand beyond being a source of connection toward being a place for harm reduction, destigmatization, and risk management.

In a recent paper published in the journal Drugs and Alcohol Today that was presented at the annual Interdisciplinary Conference on Psychedelic Research late last month, Pestana and co-authors studied the motivations and behaviours of people who use the popular r/psychonaut subreddit. Psychonauts, literally meaning sailors of the mind/soul, are people who induce altered states of consciousness with the intention of investigating their minds or answering spiritual questions through their experiences.

For the study, the team analyzed 350 of the top threads (including both posts and comments) in the r/psychonaut subreddit on 30 different days across a period of three months during the summer of 2019. The researchers found that the most common reasons people in the r/psychonauts subreddit ingested psychedelics were for self-knowledge, self-inspection, or self-medication.

While Pestana said the study highlights how the reasons for taking psychedelics are “very varied,” he said it suggested that most people in the r/psychonaut community “are mostly geared toward some kind of self improvement or betterment or better understanding of themselves.”

The study also showed that the r/psychonaut subreddit was a hub for harm reduction and risk management, where users could find advice on dosage, set and setting, trip sitting, and ego-death. Additionally, the research suggested the subreddit served an important role after a trip, a space where users could talk openly about and compare their experiences, attempt to work through a trip, or find links to support or therapy.

“I think having anonymous and open discussion on this stuff really destigmatizes it,” said Pestana.

“It really creates a feeling of inclusiveness, connectivity even, that you’re not the only one who ever experienced something like this,” he added. “It’s important to have this bedding where you can feel like ‘OK, whatever the hell I just experienced, I can just kind of drop-down and be safe, even if it’s just here for this moment.’ ”

The subreddits associated with psychedelics go well beyond r/psychonauts. Take a trip with Truffle Report through some of the psychedelic-oriented communities that Reddit has to offer.

Home to a broad range of discussions on anything and everything related to both natural and synthetic psychedelics, this subreddit boasts close to 135,000 members and was launched in January 2009. Popular posts usually include photos of setups for trips, news related to psychedelic research and therapy, or accounts of psychedelic trips. In the spirit of Reddit, there’s also a healthy dose of memes.

Perhaps the most well-known psychedelic-oriented community on Reddit, this subreddit launched back in April 2008 and devoted to all things Lysergic Acid Diethylamide-25 boasts close to 490,000 members. Common discussions on the subreddit typically centre around memes and quotes tied to LSD experiences, but you’ll also find artwork people have created, news on research and decriminalization, and questions on dosage, set, and setting. There’s also that infamous photo one user posted while tripping on LSD of a TV remote on a coffee table, simply captioned “Wow.” See also: r/Acid.

Since launching in October 2013, this Reddit community with 125,000 members has become a go-to space for people interested in microdosing psychedelics for self-improvement, therapy, and personal well-being. The discussions touch on everything from microdosing experiments and research to regimens and personal experiences. Members often post about the impact microdosing has had on their lives and mental health, while others commonly seek advice on how to start microdosing. The subreddit also includes a FAQ that covers the effects of a microdose, how to prepare and store microdoses, and advice on microdosing for specific mental health issues.

This subreddit is a community related to all things N,N-Dimethyltryptamine, gaining upwards of 180,000 members since taking off in April 2008. Some of the most popular posts on r/DMT include artwork members have created while tripping (or artwork inspired by a trip), videos and photos of settings for trips, visualizations of hallucinations, or perspectives on how DMT use has shifted users’ thoughts and beliefs.

As the name suggests, this subreddit of 267,000 members launched in February 2009 revolves around psilocybin, with much of the conversation focused on the growing, hunting, and experience of shrooms. The subreddit also commonly sees updates on psilocybin decriminalization and research, as well as photos from trips and trip journals. The subreddit includes links on what to expect from a psilocybin trip, guides on identifying and growing shrooms, and even a dosage calculator. See also: r/Shroomers.

A community centred around information, discussions and experiences tied to ayahuasca, the r/Ayahuasca subreddit was created in December 2010 and now has close to 34,000 members. The page houses a number of resources, including information on how ayahuasca impacts the brain, visual representations of trips, links to professional help if members have difficult experiences with ayahuasca or other psychedelics, and lists and reviews of ayahuasca retreats.

Since launching in April 2009, this Reddit community with 133,000 members is dedicated to harm reduction and the safe use of MDMA. Central to the subreddit is a harm reduction tab that emphasizes testing and best practices if taking MDMA, along with information on dosage, interactions, and effects of MDMA. See also: r/MDMATherapy, r/Olling.

While this subreddit launched in June 2011, now with upwards of 105,000 members, covers all topics tied to recreational pharmacology, much of the discussion centres around psychedelics. Common posts on the subreddit typically focus on research linked to psychedelics and other substances, but you can also find guides on drug interactions or decriminalization updates. See also: r/Drugs.

As the name suggests, this subreddit with close to 19,000 members that was launched in February 2014 is dedicated to posting and discussing psychedelic research. The subreddit also intersects with psychedelic journalism, psychotherapy, medicine, neuroscience, and psychology, among other topics.

Similar to r/PsychedelicStudies, this subreddit launched in 2013 and now with over 7,000 members is home to news, updates and resources related to psychedelic therapy, including therapy assisted by MDMA, psilocybin, LSD, and ketamine. On the subreddit, you’ll find members sharing their personal experiences of psychedelic-assisted therapy and studies associated with these kinds of therapies as well.

A space to share psychedelic art, art that inspires a sense of spirituality or mysticism, or “just trippy stuff,” this subreddit was created in May 2014 and now has more than 31,000 members.

Since being started in September 2009, this subreddit has amassed more than 39,000 members, and is a space dedicated to harm reduction “similar to the ‘chill out’ tent at raves and festivals.” The subreddit also functions as a kind of virtual trip sitter, with threads designed to promote good vibes and posts detailing experiences and issues being worked through. One member even described r/TripSit as “one of the most wholesome communities I’ve ever witnessed on the internet.”

Similar to r/TripSit, r/CurrentlyTripping is full of pics, gifs, videos, music or web-tools someone might enjoy after taking a psychedelic. You’ll find everything from paintings and light shows to the occasional photo of a Redditor with a raccoon in this community of almost 90,000, created in May 2015.

This subreddit is home to hundreds of music and video playlists catered toward people who are tripping. The community was created in August 2017 and has about 1,200 members.

Disclaimer: While Truffle Report is interested in exploring all aspects of psychedelics, we do not condone or encourage the behaviour of Redditors in general.